Brandon Sanderson surprises fans with a Double Dose of Mistborn 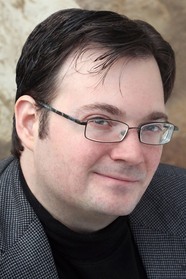 Tomorrow may be fantasy superstar Brandon Sanderson’s birthday, but his fans got a present today as Sanderson announced a pair of new “Mistborn” novels today in his annual writing roundup.

The Mistborn Trilogy introduced Sanderson’s inventive magic system, “Allomancy”, based on the manipulation of metals.

“Mistborn” is an ambitious series documenting the evolution of society and magic through a variety of settings. The initial trilogy, which started with Mistborn: The Final Empire, followed a street rat named Vin who discovers she is a legendary “Mistborn,” a special mage who can manipulate metals for a variety of powers. She leads a rebellion that overthrows the tyrannical rule and ushers in a new era of growth and prosperity.

The Alloy of Law introduced Wax and Wayne, the stars of the Shadows of Self and Bands of Mourning.

Shadows of Self has been buzzed about for a few months, and it is already available for pre-order. It kicks off a new trilogy following the characters Wax and Wayne from The Alloy of Law, a steampunk western follow-up. It takes place a few hundred years after the original Trilogy, showing the growth of the world and the new ways its metallurgical magic, dubbed allomancy, has flourished.

But Sanderson surprisingly also dropped the bombshell about Bands of Mourning, the second in this new trilogy. He explains on his blog:

“…there was a really good reason I did what I did. You see, I was having real trouble getting back into Shadows of Self. I had written the first third of it in 2012 between revisions of A Memory of Light. (I was feeling “Wheel of Time” overload.) However, it can be very hard for me to get back into a book or series after a long time away from it…

So, jumping into Shadows of Self was slow going, and I found it much easier to go write the sequel to refresh myself on the world and characters. That done, I was able to move back to Shadows of Self and finish it up.”

The second book in Sanderson’s YA “Reckoners” series, “Firefight” comes out on Jan. 6.

He also teased the third novel in his magnum opus “Stormlight Archive”, giving an expected 2016 release for that as well.

Expect Shadows of Self in October 2015, with Bands of Mourning following in January 2016.

Until then you can still get plenty of Sanderson to satisfy. Firefight, the second book in his YA series, “The Reckoners”, hits shelves on Jan. 6. The first “Stormlight Archive” title, The Way of Kings, is still free through iTunes. Kindle readers can also pick up the original “Mistborn” trilogy for cheap right now. And you still have a few days left to get in on the free audiobook of his novella Legion: Skin Deep.

I am a freelance writer and critic from Phoenix Arizona. I spent 10 years covering music, the arts and pop culture for the “Arizona Republic” before life circumstances took me away from newspaper. But I never lost my joy at writing. Or reading.
View all posts by Michael Senft →
This entry was posted in News and tagged Bands of Mourning, Brandon Sanderson, Mistborn, Shadows of Self. Bookmark the permalink.