This week’s subject is “Law Enforcement”. And I have to admit, I struggled a bit with this one, perhaps if I read more urban fantasy…:

Okay, this is a bit of a stretch. But David Eddings is so trope-errific that I think it has to be included whenever possible. And even when it isn’t possible, I suppose. Brendig is technically a military officer for the kingdom of Sendar, but he is first introduced in Pawn of Prophecy arresting Belgarath and the rest of the group of adventurers. It’s all a ruse, of course, King Fulrach just wants to speak with the mighty wizard, but young Garion is convinced that he has fallen in with a band of criminals and will end up in a dungeon somewhere.

I’m pretty inexperienced when it comes to Terry Pratchett’s acclaimed and daunting “Discworld” series. But one title I have read and loved is the eighth entry, Guards! Guards!,  which follows the exploits of the Ankh-Morpork City Watch, a shiftless group of do-nothing bellringers led by the terminally lazy Captain Vimes. When the 6’6″ dwarf recruit Carrot joins the force, his idealism and sense of duty shakes things up at just the right time — a secret society has summoned a dragon to terrorize the citizens of Ankh-Morpork in hopes of installing a new king.

The Yellowjackets — The Lies of Locke Lamora by Scott Lynch

The Yellowjackets are the City Watch of Camorr, the decadent home of Locke Lamora and his partner Jean. But for all the crime in the Capa-run city, the Yellowjackets are untouchable, due to the age old “Secret Peace” that allows organized crime to operate with relative impunity. Of course Locke doesn’t know this, or perhaps just doesn’t care. As an orphan of five he introduces himself to Thiefmaker, the Fagin-like leader of a street urchin gang, by offering a pair of purses he had stolen from his Yellowjacket rescuers.

These elite mage hunters are the SWAT team of the Ministry of Magic’s Department of Magical Law Enforcement. The front line in the battle against dark wizards, the Aurors counted among their numbers such wizards as Mad-Eye Moody, Nymphadora Tonks and Neville Longbottom’s parents Alice and Frank. These were the best of the best that Hogwart’s graduated, and Harry Potter studied to become one. Of course his studies got waylaid, but according to Rowling he was still able to join the elite force after the books ended.

Jurisfiction — The Well of Lost Plots by Jasper Fforde

After her adventures rewriting Jane Eyre in The Eyre Affair, Thursday Next is recruited into the elite Jurisfiction Department, the police agency for all books. Trained by Mrs. Havisham (from Charles Dickens’ Great Expectations) Thursday helps make sure that works of literature run smoothly, ensuring that plotholes are covered and tracking down rogue characters to make sure they turn up properly in their respective scenes. They even have their own technical research department, Juristech, who provide them with gadgets like the Eject-O-Hat necessary to make sure they don’t get trapped in the wrong book.

The Gold Cloaks — A Game of Thrones by George R.R. Martin 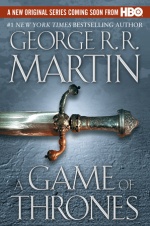 We wrap up this week’s Travels with a run-in with the City Watch of King’s Landing. As long as we haven’t pissed off Joffrey or Cersei, or sided with Ned. Better make sure we’ve bribed their leader Janos, just in case. The Gold Cloaks aren’t a particularly nice bunch, ostensibly serving the Crown, they really just serve whomever is paying them at the moment. Good, old, honorable Ned, thinking they had his back when he went to confront Cersei, learned just how reliable they were when Littlefinger was pulling the purse strings.

I am a freelance writer and critic from Phoenix Arizona. I spent 10 years covering music, the arts and pop culture for the “Arizona Republic” before life circumstances took me away from newspaper. But I never lost my joy at writing. Or reading.
View all posts by Michael Senft →
This entry was posted in Tough Traveling and tagged auror, city watch, David Eddings, guards! guards!, Harry Potter, j.k. rowling, Jasper FForde, lies of locke lamora, Michael Senft, pawn of prophecy, relentlessreading.com, Scott Lynch, terry pratchett, Thursday Next, Tough Traveling, yellowjackets. Bookmark the permalink.