This week’s subject is “Knights”:

A Gentle Knight was pricking on the Plain,
Yclad in mightie Arms and silver Shield,
Wherein old dints of deep Wounds did remain,
The cruel Marks of many a bloodie Field;
Yet Arms till that time did he never wield:
His angry Steed did chide his foming Bit;
As, much disdaining to the Curb to yield:
Full jolly Knight he seem’d, and fair did sit,
As one for Knightly Giusts and fierce Encounters fit.

I struggled with this one a lot more than I thought I would. Not because I couldn’t find any knights, but because I have such a high standard for what a knight is. I love English literature, so my concept of a knight pretty much begins with Sir Gawain and ends with The Faerie Queene. Anyhow, here are a few that measure up.

As always, we begin with the Belgariad, because while not all tropes come from Eddings, like Pokemon, he had to catch them all. The second book of the Belgariad finds Garion and his friends travelling to Arendia, a land of medieval knights. Here he meets the Mimbrate knight Mandorallen, the proverbial knight in shining armor — a paragon of knightly virtue, a fearsome foe on the battlefield or the jousting lists, completely devoid of fear. And intelligence. But what he lacks in brains he more than makes up in brawn, fealty and manners. Eventually he pledges himself to Ce’Nedra’s service in a show of courtly love.

Brienne of Tarth — A Song of Ice and Fire
by George R.R. Martin 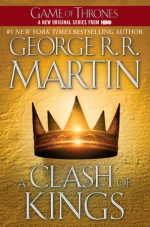 There are a lot of “Sers” in Westeros, but how many of them really measure up to the knightly ideals? The Mountain? Ha! Jaime? Well he tries, but he also betrayed his king. Then there is Brienne. Mocked for her lack of feminine grace, mocked for trying to become a knight in a man’s world, Brienne clings to her idealized vision of knighthood and ultimately proves a greater knight than those men who scoffed at her. Along the way she becomes one of the favorite characters in the series, which probably means she won’t make it to the end…

Dalinar Kholin — The Way of Kings by Brandon Sanderson 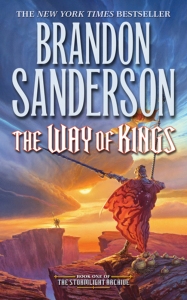 Known as the Blackthorn, Dalinar was the most fearsome of shardbearer, helping his brother Gavilar reunite the Alethi. And when King Gavilar was assassinated at the behest of the Parshendi, Dalinar led the armies of the Alethi back into battle, wielding his shardblade “Oathbringer.” When the other Shardbearers decorate their armor and engage in competitions to see who can harvest the most gemhearts during the endless stalemate against the Parshendi, Dalinar eschews glory and strives to be the selfless leader, seeking to unite the army and even bring peace to the prolonged war — an idealism that almost costs him his life.

Peregrin Took— The Return of the King by J.R.R. Tolkien 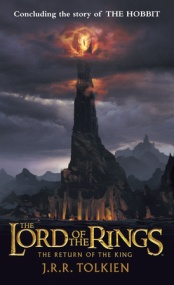 That’s right, Pippin became a knight. Sure, he spent much of the first couple books complaining about lack of tobacco and second breakfasts, but by the end of The Lord of the Rings he’d grown quite a bit. Literally and figuratively. A drink of ent-draught helped him grow taller, becoming, along with Merry, the tallest hobbit in history. After sneaking a peek at Sauron through the palantir, Gandalf sent the inquisitive hobbit off to serve the steward of Gondor out of respect for Boromir saving his life. He slew a troll during the final battle, and was knighted by the newly crowned Aragorn. His adventures weren’t over, however, as he led the hobbits against Saruman’s forces during the scouring of the Shire. 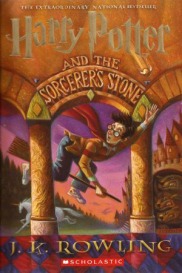 A knight’s life may end, but his honor may inspire generations. Such is the case of Sir Nicholas de Mimsy-Porpington, or Nearly-Headless Nick as he is known to the students of Hogwart’s. A member of Gryffindor in the 15th Century, Sir Nick was knighted by King Henry VII and became an honorable court magician in his adulthood. Alas, a magical mishap left the Lady Grieve with tusks instead of teeth, and Nick met the working end of a headsman’s axe. Well, the not-working end of the headsman’s axe. The blunt edge didn’t do the job, leaving Nick’s decapitation only partial.

Tune in next week as we look at Chessmasters. And we don’t mean Bobby Fischer.

I am a freelance writer and critic from Phoenix Arizona. I spent 10 years covering music, the arts and pop culture for the “Arizona Republic” before life circumstances took me away from newspaper. But I never lost my joy at writing. Or reading.
View all posts by Michael Senft →
This entry was posted in Tough Traveling and tagged Brienne of Tarth, Dalinar Kholin, David Eddings, Michael Senft, Nearly Headless Nick, Peregrin Took, relentlessreading.com, Tough Traveling. Bookmark the permalink.