Naomi Novik is best known for writing about dragons, from her alt-history “Temeraire” series, but with Uprooted, she digs deep into her family heritage for a story about a completely different type of dragon.

A standalone fantasy about a teenage girl taken to live in the castle of a reclusive wizard, Uprooted draws on Polish and Russian myth and legend, blending them with more familiar fairy tale tropes reminiscent of “Beauty and the Beast.”

And the results are mostly thrilling.

One point up front — I’ve seen Uprooted positioned as a YA novel, and while it does feature a teenage protagonist, the subject matter is more mature. So don’t expect sparkles, love triangles or teams — there’s sex and near rape and plenty of death and horror in here.

The story follows Agnieszka, a village girl who grows up in a mystical valley nestled between a dark forest and a mysterious castle. The castle houses the Dragon, a powerful, reclusive wizard who, once a decade, takes a village girl to his castle for ten years. When the girls leave they are changed and quickly leave the village for the world beyond. Agnieszka isn’t too worried, about being chosen, however, as she is the awkward tomboy compared to her beautiful, clever friend Kasia.

So of course Agnieszka is chosen.

But she quickly discovers that life isn’t too bad in the Dragon’s castle, he is not a cruel, but an indifferent master, at least until he realizes that Agnieszka has a talent for magic herself — a wild, poetic and earthly magic that seems connected to the legendary witch Baba Jaga.

Agnieszka also learns that the bulk of the Dragon’s efforts are aimed at stopping the spread of the mysterious Wood that surrounds her Valley, a living forest attempting to assimilate all humans from Valley.

Things come to a head when Prince Marek demands the Dragon lead an expedition to free his mother from the Wood. While they are able to free her from the living forest, the action unleashes the Wood’s evil in the King’s Court, leading to a climactic battle sequence that fills the bulk of the second half of the book. 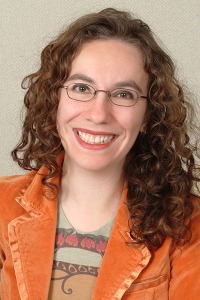 Novik is known for her military fiction, “Temeraire” is often cited as some of the finest military fantasy today. But the prolonged siege of the Dragon’s castle left me cold. It is grandiose in scope while still focusing on intimate details, but as it kept going I quickly tired. It just felt out of place in this otherwise fairy-tale story.

Thankfully Uprooted regained its footing for the finale, as Agnieszka and the Dragon confronted the Wood’s evil alone, leading to a beautiful conclusion.

This is a fairy tale so there are some expectations that come with it — mostly revolving around the romance between Agnieszka and the Dragon, but Novik handles it expertly and it never feels cliché, even when it flirts with being an R-Rated Disney cartoon.

I also appreciate the way she weaves Polish and Russian folklore into this Grimm-esque tale, showcasing her heritage beautifully. If anything, I’d like to see more of the Eastern European mythology, I suspect Novik’s version is closer to the source than the Witcher video games!

Uprooted is a standalone offering while Novik finishes the final Temeraire novel, due next year. And it’s a good indication that she still has plenty to say outside Napoleonic warfare with dragons.

I am a freelance writer and critic from Phoenix Arizona. I spent 10 years covering music, the arts and pop culture for the “Arizona Republic” before life circumstances took me away from newspaper. But I never lost my joy at writing. Or reading.
View all posts by Michael Senft →
This entry was posted in Reviews and tagged Baba Yaga, Fairy Tale, Naomi Novik, Uprooted. Bookmark the permalink.